The third public debate with UN Secretary-General candidates in our series took place at the Graduate Center, City University of New York -- in partnership with UNA-UK and Global Citizen -- and welcomed three of the candidates vying for the UN’s top job:

Candidates were quizzed by the - self-described "Good Cop - Bad Cop" -  moderators Thomas G. Weiss, FUNDS co-Director and Presidential Professor of Political Science at The Graduate Center, and Barbara Croisette, UN correspondent for The Nation and previously the New York Times. A range of challenging questions -- many selected from among over 30,000 submitted by Global Citizens - were posed to the candidates, covering issues including forced migration, gender parity in senior UN appointments, dealing with abuses by UN peacekeepers, conflict resolution, climate change, UN reform - and what they have ever done to irritate the permanent Members of the Security Council!

The audience of 500 included representatives of member states, UN staffers, students and the general public. The event was live-streamed and can now be watched in full here. 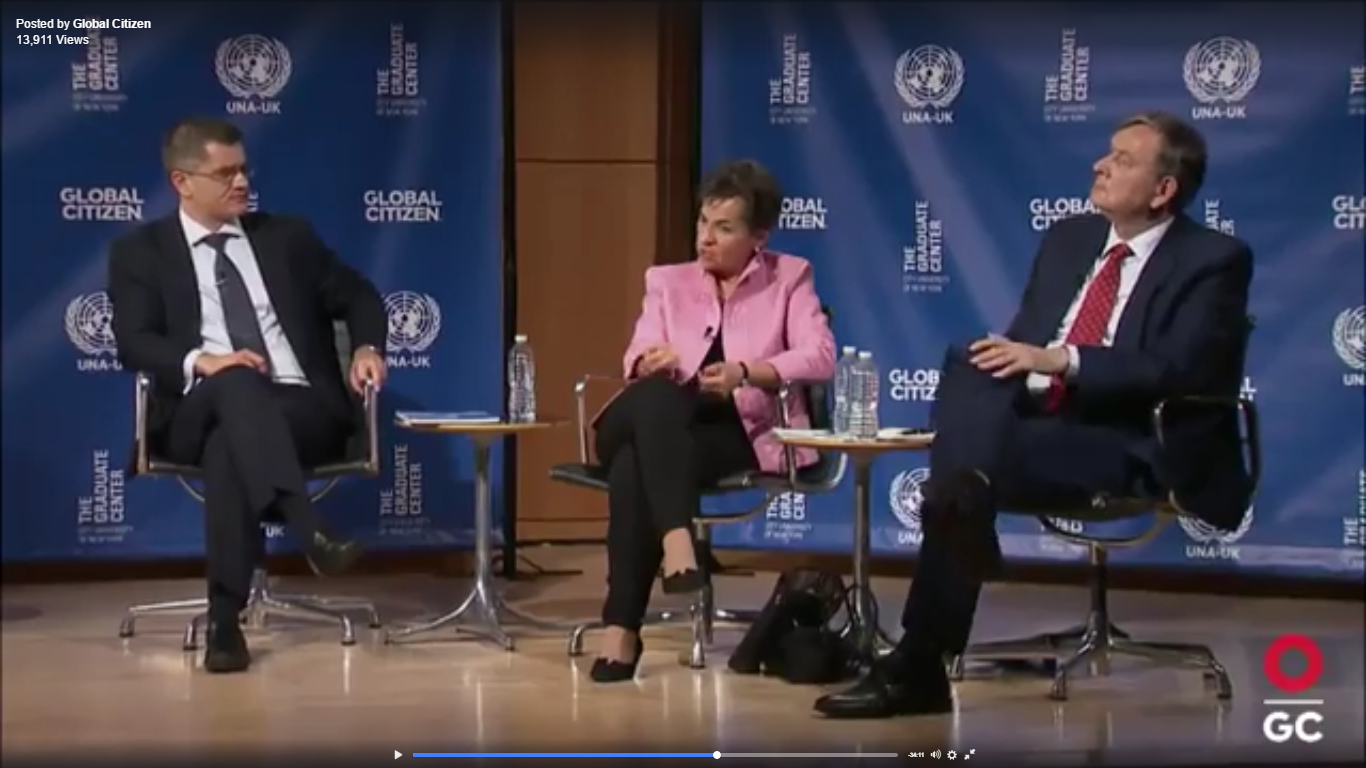 
Introducing the candidates, Natalie Samarasinghe, Executive Director of UNA-UK, warned that: “There is a deficit in global leadership at a time when it is needed more than ever”. She stated that the candidates on stage were there to show that the UN could be a “stronghold against isolationism.”  In his closing remarks, moderator Thomas G. Weiss asked why anyone would want to drink from the “poisoned chalice” that is the UN. For Figueres, the UN is our best opportunity of “proving again and again that multilateralism does work", while Jeremić took the more cynical view that "the best of the UN is not good enough". Türk invoked the UN's success in ending apartheid and noted: “The UN is doing some very important things, some of which is not immediately recognised.” 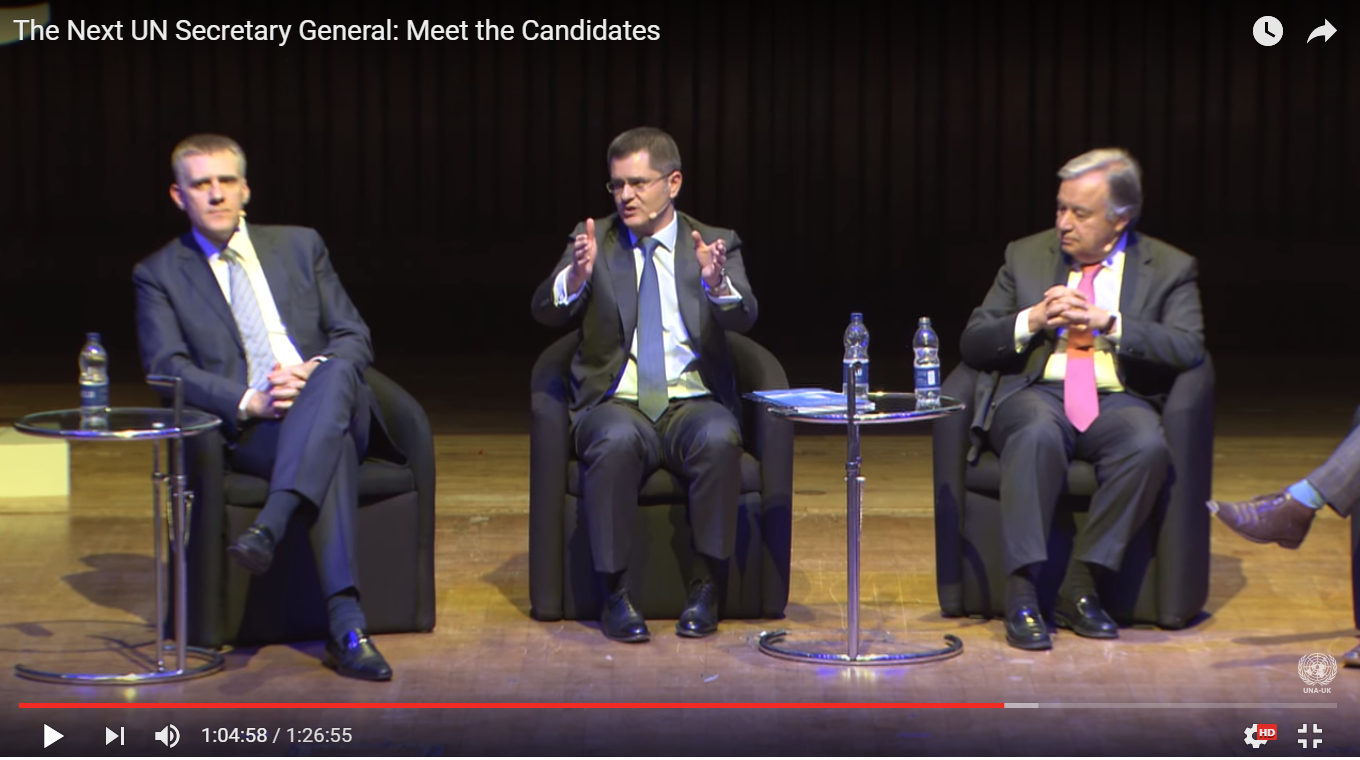 On Friday 3 June, three candidates vying for the top UN job tackled tough  on peacekeeping, the UN budget, gender, climate, the refugee crisis, and more at the iconic Barbican Centre in London. Over 1,500 people attended the event, which was hosted by FUNDS, UNA-UK, Denmark's Embassy in the UK, and the . All eleven candidates were invited to participate and, while busy schedules in an increasingly vibrant contest made it impossible for all to attend, we were delighted to welcome:

Vuk Jeremić, President of the Centre for International Relations and Sustainable Development, and former Minister of Foreign Affairs, Serbia

An "as it happened" liveblog of the event is available on The Guardian website. 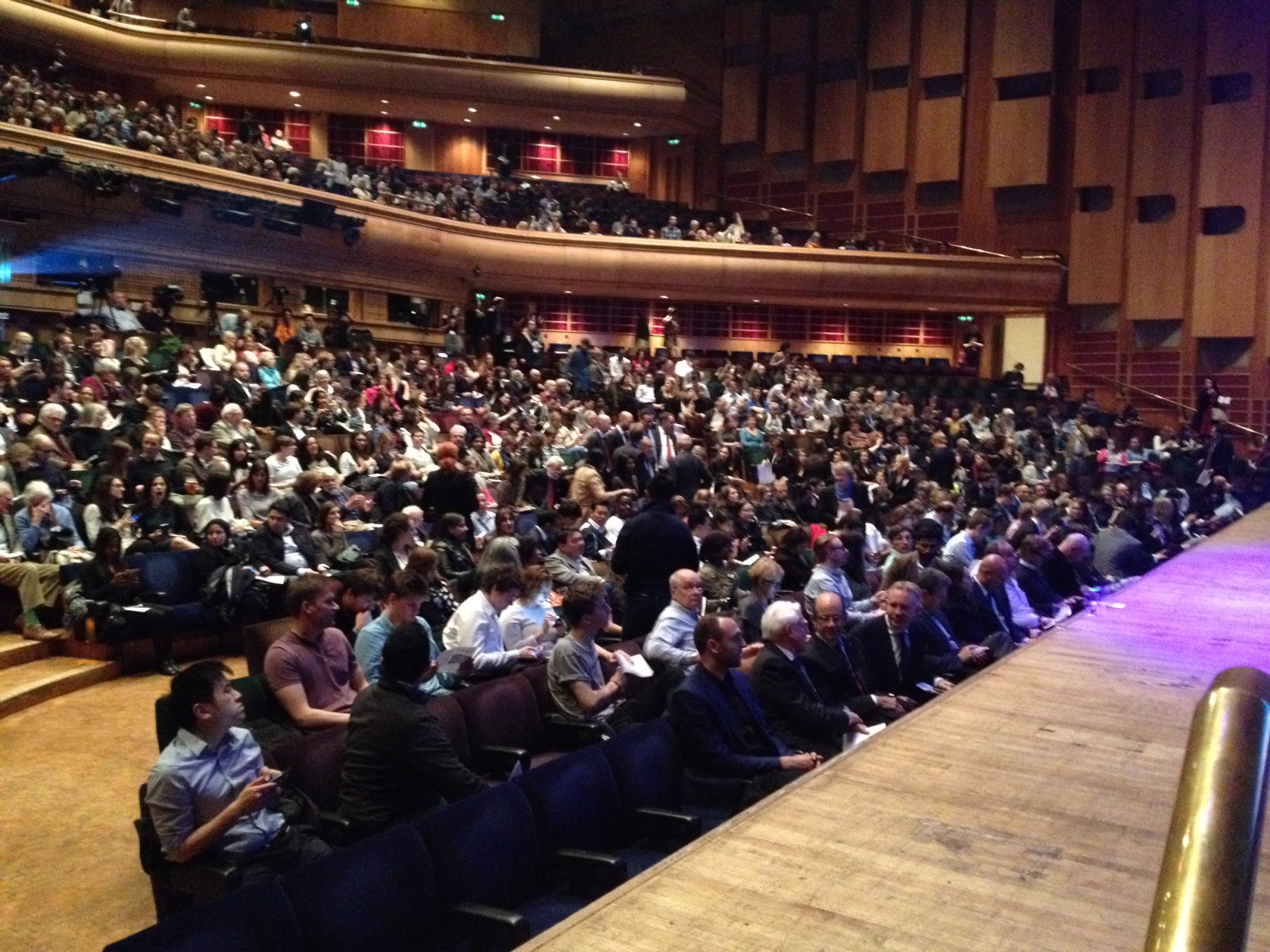 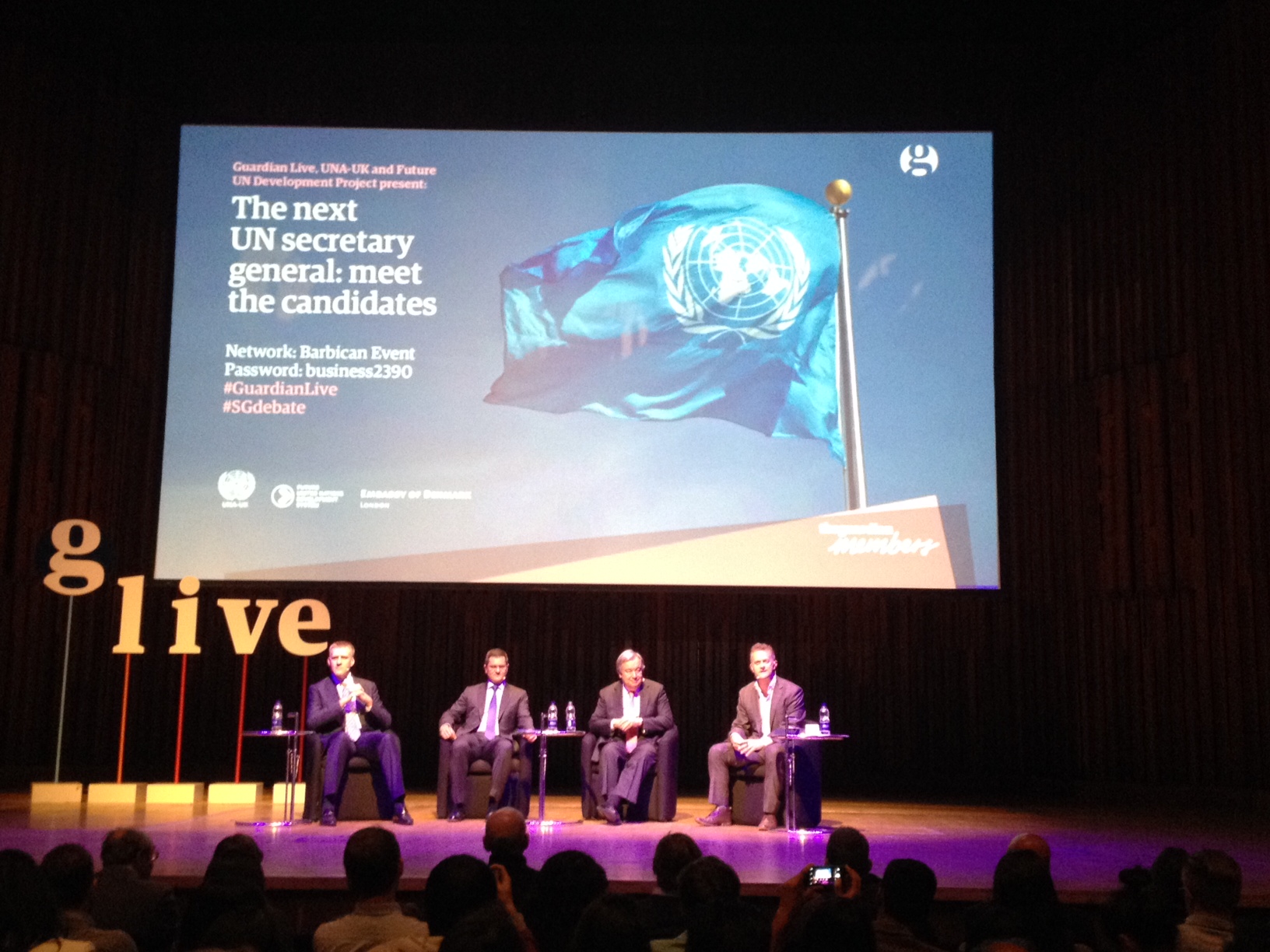 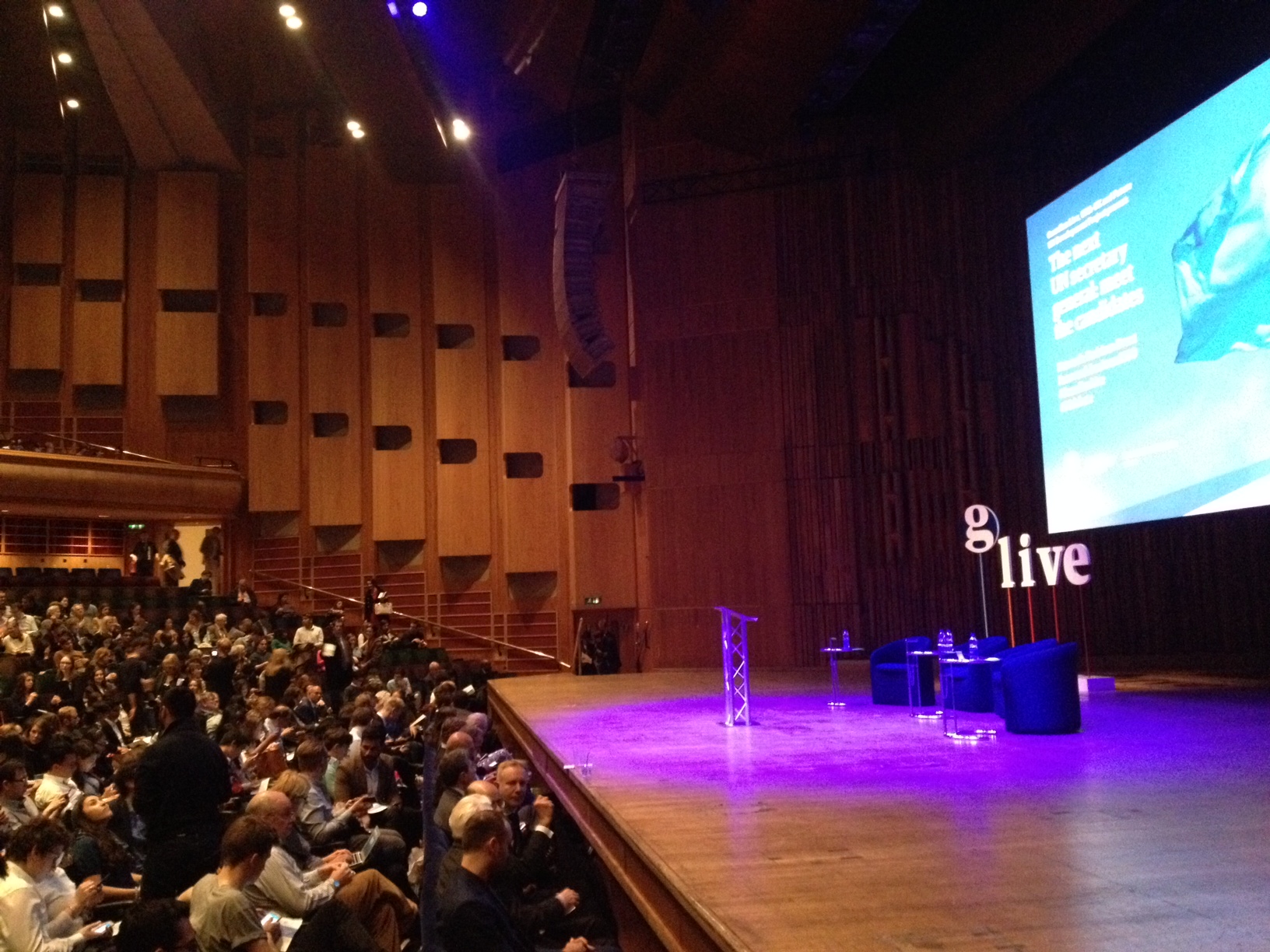 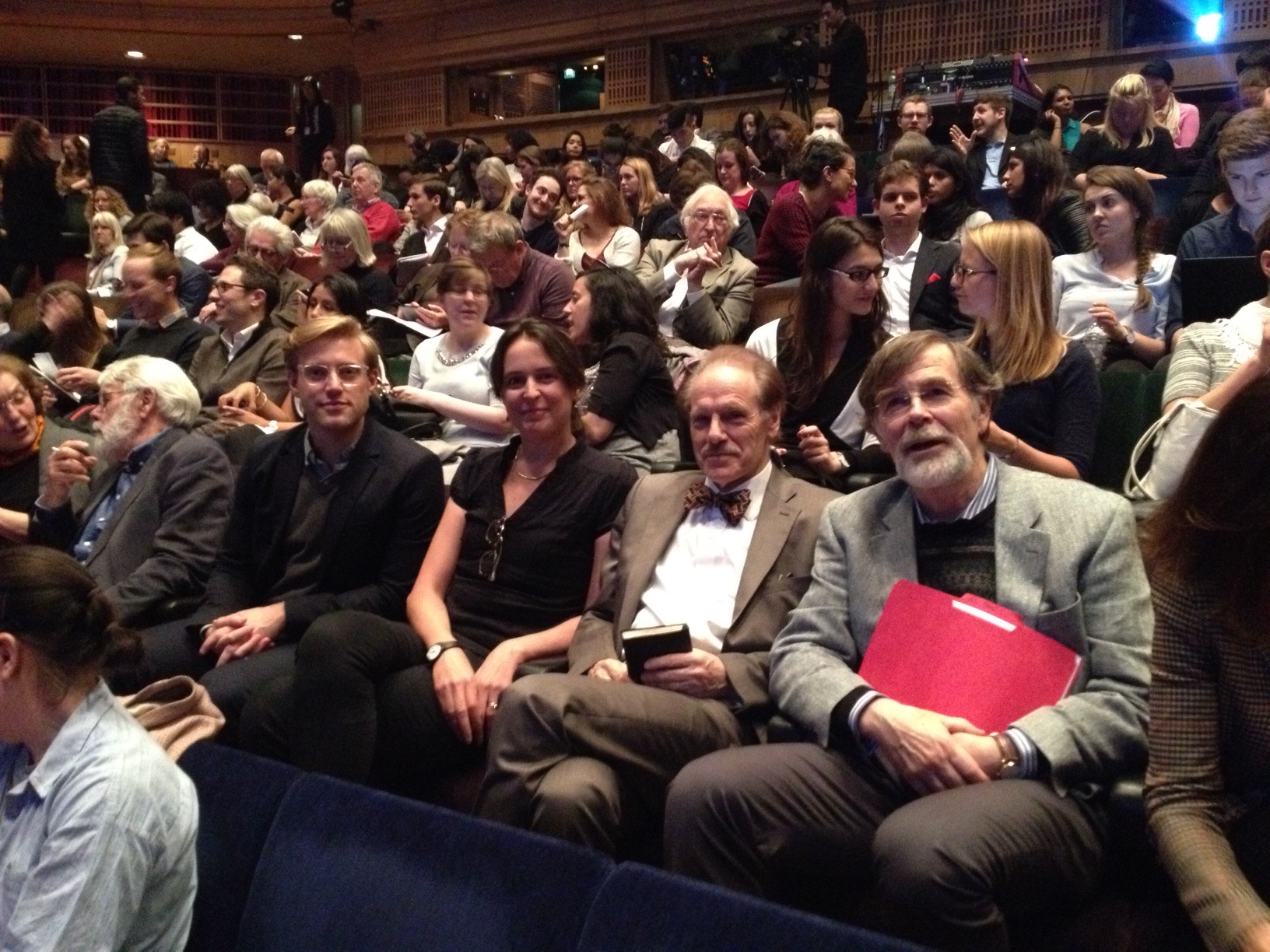 
Contenders to be the next UN Secretary-General debated in public for the first time - Civic Hall, New York, 13 April 2016 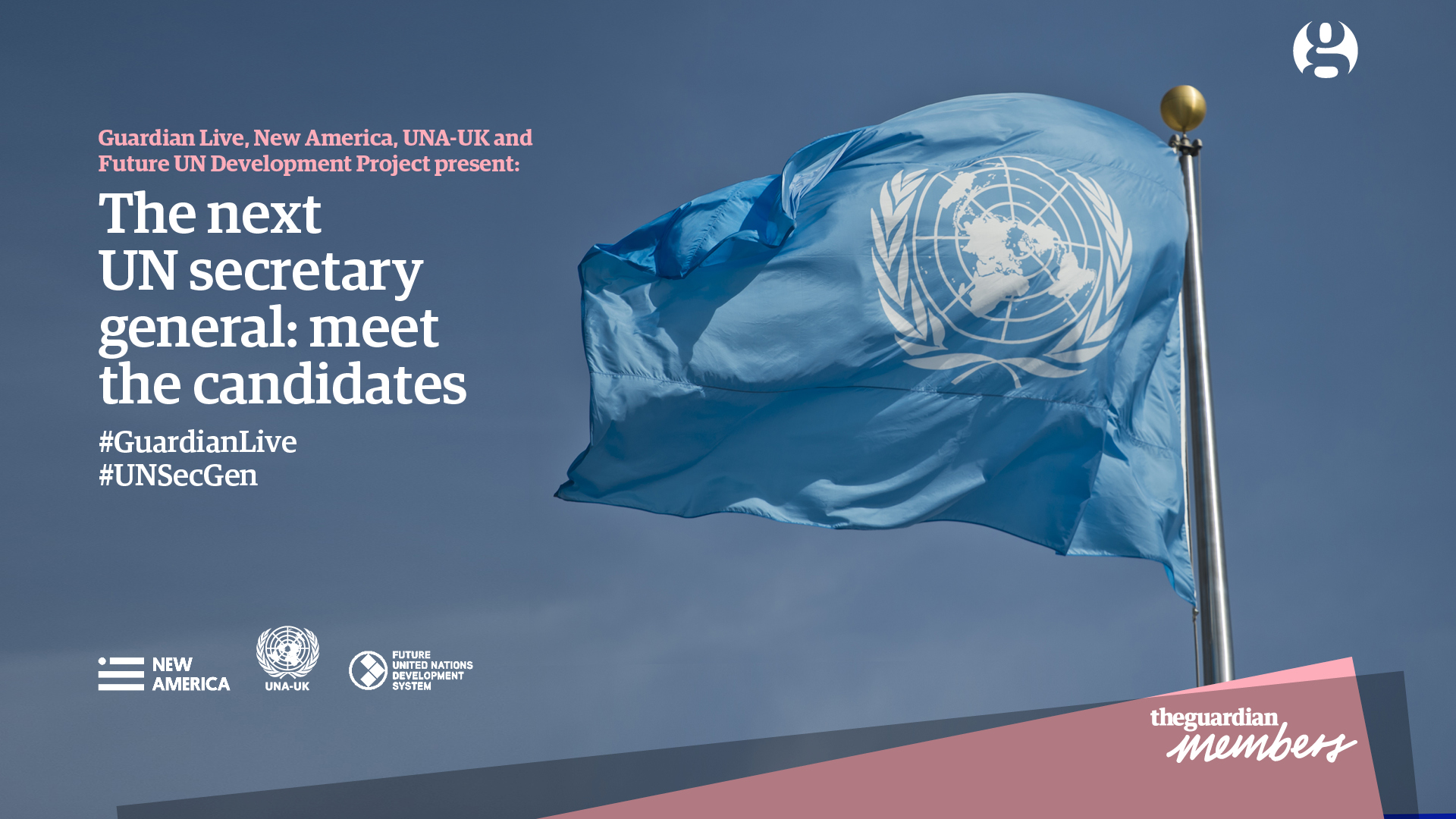 United Nations history was made on Wednesday, 13 April 2016, when the first ever public hustings between candidates standing for the position of UN Secretary-General was held at Civic Hall in New York. The sold-out “Meet the Candidates” event was convened in partnership by FUNDS, the UN Association of UK, the New America Foundation, and the Guardian newspaper.

Four candidates shared the stage and debated a range of tough questions, posed by the two moderators – the Guardian’s Mark Rice-Oxley and Julian Borger, members of the audience, and over 20,000 citizens from 160 countries around the world who had submitted their questions online. They were: 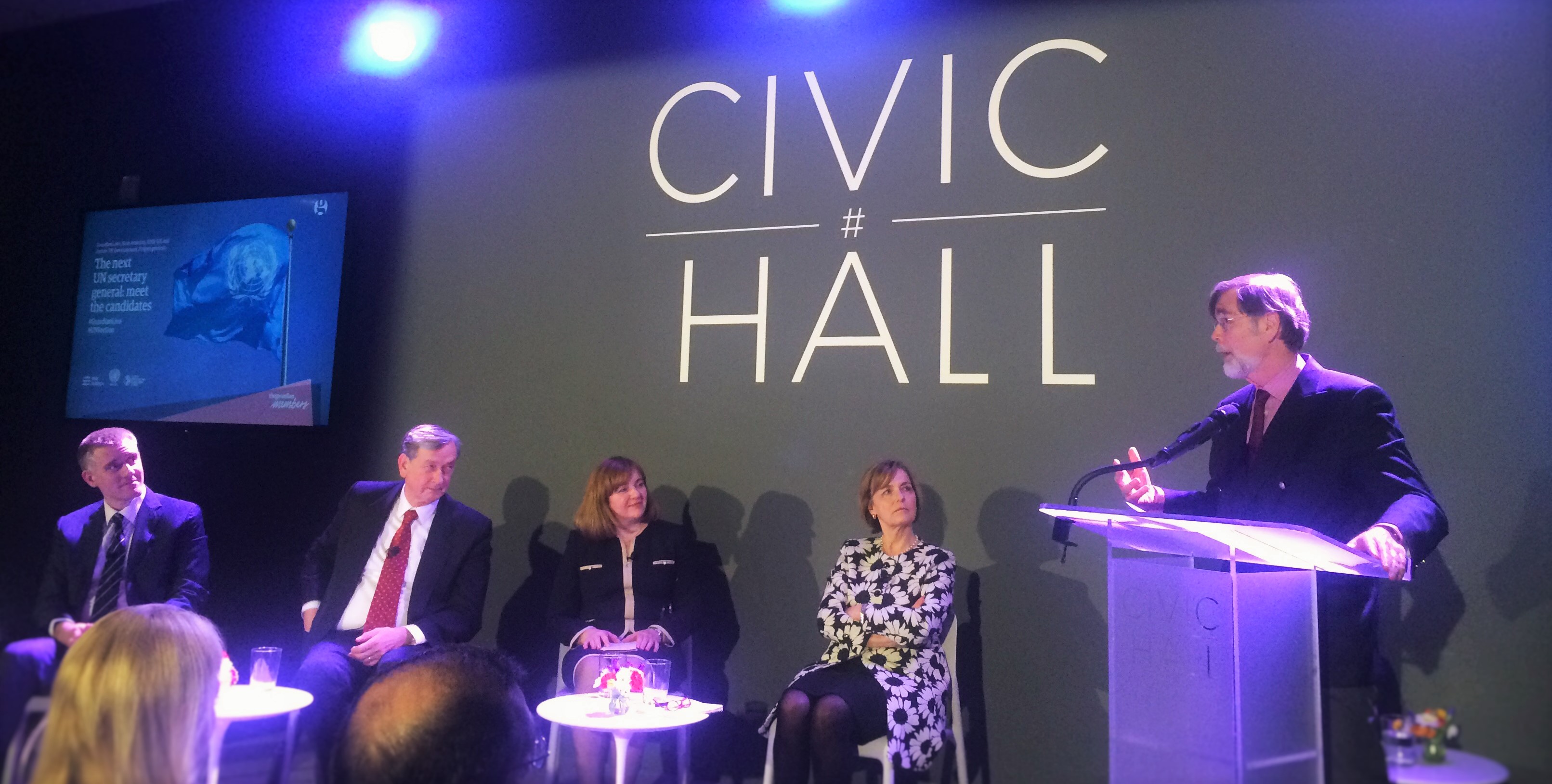 
Interest in the event was extremely high and tickets sold out almost immediately. People unable to attend could follow on a Guardian liveblog, which provides a thorough record of the candidates’ responses and discussion. A short video is available on the Guardian website. 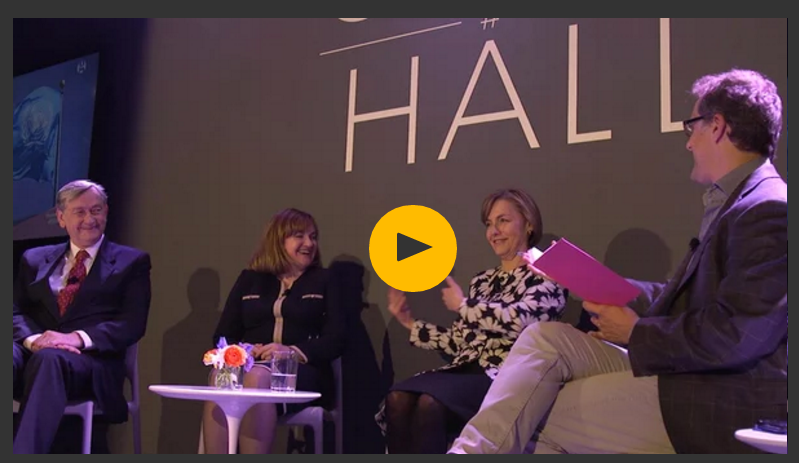 A podcast of the entire first half of the debate (45 mins) is also available here. 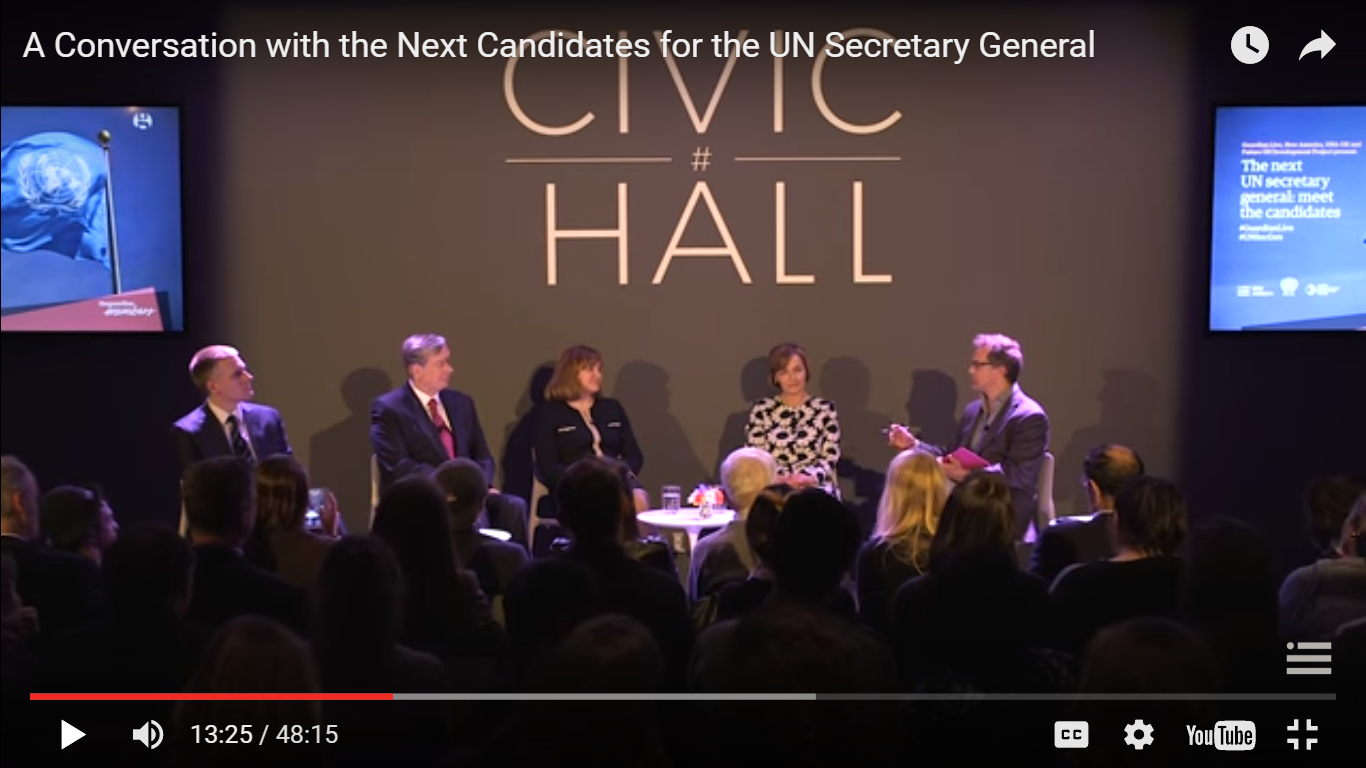 Candidates unable to attend the New York debate (Irina Bokova of Bulgaria, Helen Clark of New Zealand, Antonio Guterres of Portugal, Vuk Jeremic of Serbia, and Srgjan Kerim of Macedonia), as well as those who were nominated subsequenty, were all invited to participate at a second debate held by the same partners in London on 3 June.

Questions in New York ranged from how candidates would deal with pressure from powerful member states; how they would reform the UN; what to do about the refugee crisis; how they are financing their campaigns; what the UN can do about “dirty money” in the wake of the Panama papers; and what they think about the much-discussed debate over whether UNSGs should serve a single non-renewable term.

Candidates were also asked which was more important in this selection process, being from Eastern Europe (the only UN region never to have had a UNSG) or being a woman, and “Are you a feminist?” Laughter erupted when the moderator asked whether it was time for a “Trump” outsider candidate to liven the SG election up, prompting a candidate to ask: “Do we need to make the UN great again?” – a quote which made it all the way into the New York Times. Fortunately, as Lydia Tomkiw of International Business Times wrote, the evening “was the opposite of an American political debate: there was no shouting or finger pointing.”

The Guardian's Julian Borger questions the four candidates in front of a packed Civic Hall.


In her opening remarks, UNA-UK director Natalie Samarasinghe highlighted the unprecedented transparency surrounding the UNSG selection this time, and the major role played by the 1for7Billion campaign in achieving these changes: “For the first time in the UN’s history, we know the names of those standing for the job, we have an idea of their vision for the UN and there is an opportunity for all member states to engage with them.”

This greater openness and interaction has created a challenging process for candidates to navigate. Julian Borger, Guardian world affairs editor, wrote in his article published on 14 April, ‘First ever public hustings for UN secretary-general held in New York’:

"Many of the questions from the floor revolved around one central issue – how far the contenders would be independent of Washington, Moscow and the other security council permanent members. It was also the question that was trickiest to answer. Too great a show of independence could trigger a council veto further down the line. … The dual nature of the new selection process – half in plain sight and half behind doors, makes for complicated campaigns. An aide to one of the absent contenders, who had come along to gauge the temperature of the debate, said: 'It’s not like political politics where the aim is just be popular. In this election, if you are too popular, you might scare off the P5. So it’s a delicate balance.' "

Thomas G. Weiss, FUNDS co-director, stressed that the next UNSG will be crucial for UN reform, and praised the candid – at times even humorous – open debate among the candidates, saying that: “This process, and this evening in particular, suggests we can be more open, less scripted. … When all is said and done we have increased the costs to the Security Council of making a bad decision.” 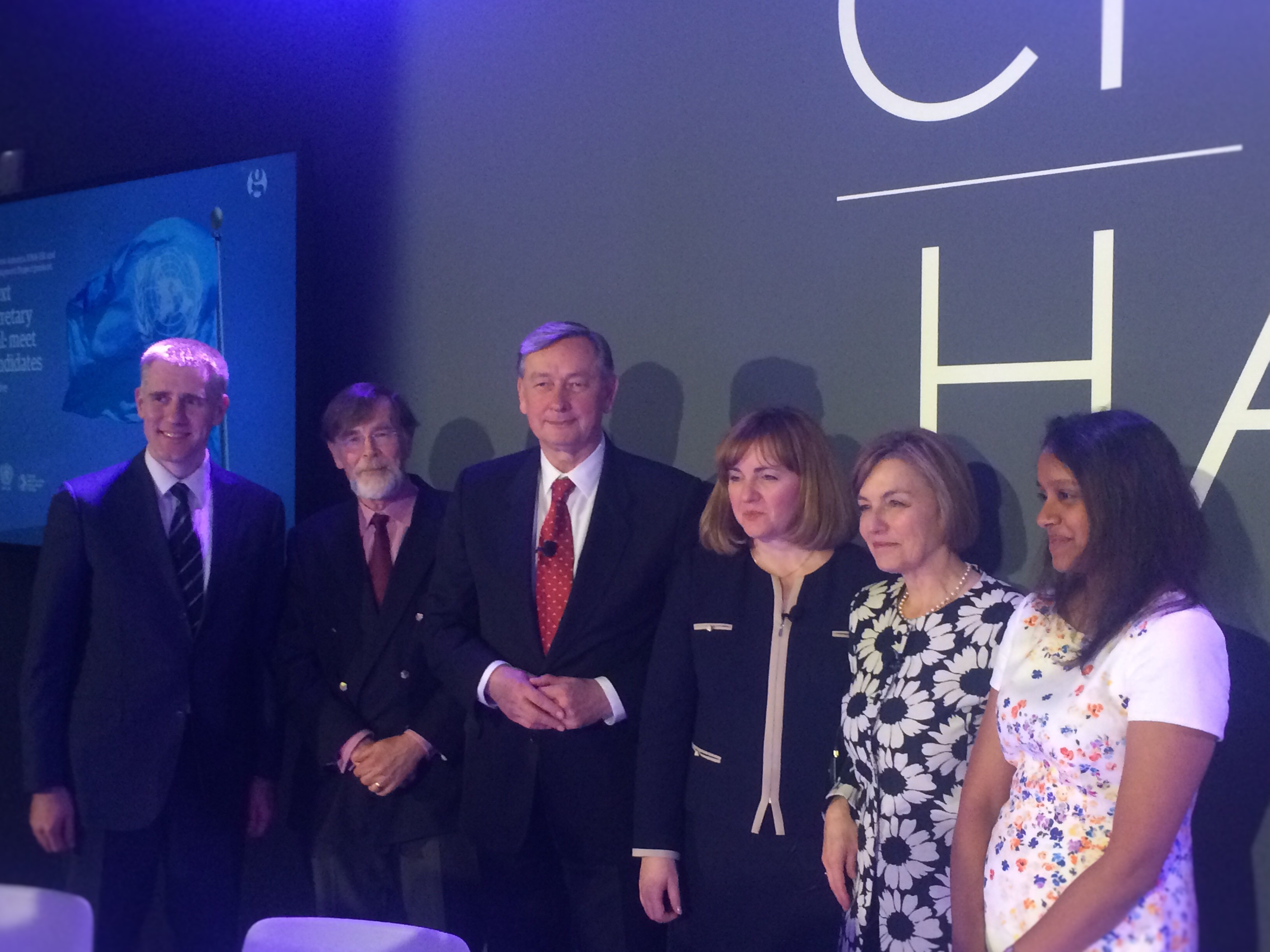 More information about all twelve candidates, including their Vision Statements, is available at: http://www.un.org/pga/70/sg