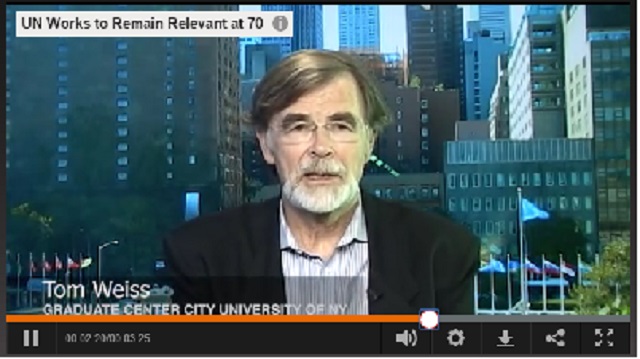 On 23 October 2015, FUNDS Co-Director, Thomas G. Weiss featured on a Voice of America interview covering the United Nations’ challenges in remaining a viable force on the world stage.

In the video segment, titled “UN Works to Remain Relevant at 70,” Weiss says:

“The one thing everyone can agree on is that the Security Council, as it was framed in 1945, no longer represents the power structure of the year 2015. ... Unless there is a major shake-up, some major structural reforms, the institution will become more and more marginal. It will become more of a historical relic.”